Motorcycle racing is an extreme sport that includes dangerously high speeds, roaring loud engines, and a pure adrenaline rush. While most people aren’t willing to risk their lives or simply just aren’t skilled enough to race motorcycles, anyone can still enjoy watching the sport.

Granted, nothing beats hearing these powerful machines live in action. Sadly, hectic schedules can sometimes get in the way of letting you see your daily motorcycle race. With that in mind, a great alternative is to watch motorcycle races on YouTube. YouTube provides high quality, up-close motorcycle races that are sure to get your palms sweating. In this article, you are going to learn about the six best motorcycle racing videos on YouTube right now.

Speaking about an adrenaline rush, this one is sure to do just that! From the start, you can tell that these cyclists are taking it to the next level. The video opens with a short clip of two motorcycles going head-to-head. While it is clearly shown that the driver with the helmet camera is reaching speeds up to 298 km/h, he is still quickly overtaken by his competition. Throughout the video, the two motorcycles weave throughout traffic as they attempt to outride their opponent on the highway. The intense nature of this video along with the 33 million views earned itself a spot on this list.

Typically, a powerful motorcycle will be able to outrun a big heavy car. That is unless you are up against an Audi R8 with 600 horsepower and a V10 engine. In this video, a couple of motorcycles who are speeding through traffic are challenged by a driver in an Audi. Unhappy that he is being overtaken in such a powerful car, he decides to step on it and speed up to the motorcycles. Throughout the video, they battle each other to reach high speeds while bobbing throughout busy traffic.

Drag racing is another fun way to race motorcycles. Insanely powerful engines allow drag racers to accelerate and reach top speeds very quickly. In this one, an exciting compilation of dirt motorcycle drag racing has racked up over 89.5 million views. These aren’t your typical street bikes, and this video is definitely worth checking out.

Professional motorcycle racing is arguably just as enjoyable as street racing. Not only is it legal and much safer, but the motorcyclists are also sometimes much more experienced than street racers. In this video, the 2008 race between Valentino Rossi and Casey Stoner is shown. While some race fans will recognize these names and others may not, you will enjoy the race either way. The high speeds, sharp turns, and amazing commentary add to the enjoyment.

If you’re a speed junkie, this is the perfect video for you. The entire clip contains high speed, adrenaline-pumping motorcycle races. The video features a surplus of different riders. It also shows just about every angle you can imagine. All in all, this is definitely another video worthy of making this list.

The last video on our list highlights a compilation of drag racing that took place on a restricted highway. In this one, street bikes go head-to-head and attempt to reach record speeds. Due to a large amount of quality footage and the fact that the video earned over a million views, it earned a spot on this list. 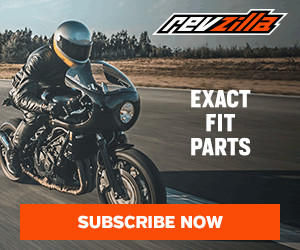